A Murder in Searcy (Paperback) 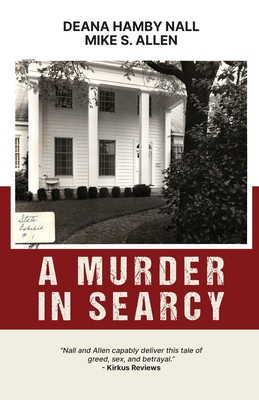 On the morning of September 26, 1974, the body of Fern Cowen Rodgers was discovered on the floor of her home in Searcy, Arkansas. The 68-year-old socialite was murdered, sometime in the night, by two bullets fired into her head. This is the story of that crime and the subsequent investigation and trials. It's a tragic tale that would eventually play out-in bits and pieces-in magazines and newspapers throughout the United States. Authors Deana Nall and Mike Allen provide a fresh look at the decades-old murder-based on court records, police documents and personal interviews-showing exactly what happened in a crime that captured the attention of an entire state, and beyond. "Nall and Allen capably deliver this tale of greed, sex, and betrayal." - Kirkus Reviews "The Porter Rodgers murder case was one of the first stories I covered when I came to Arkansas as a television reporter. Nearly 50 years on, it remains one of the sexiest and most riveting trials ever, and this book takes the reader back in time. Allen and Nall do an excellent job fleshing out the shocking and sensational details from so long ago." - Mel Hanks, former television news journalist "The murder shocked the state, and the trials captivated the public. People still talk about and want to know exactly what happened that day. It's all here - the true story taken from the actual police files, official court transcripts and interviews with the participants." - Chris Raff, Prosecuting Attorney, Arkansas 17th Judicial District (1983-2014) "As someone who was involved in the Rodgers case so many years ago, I was astonished to see how capably authors Nall and Allen brought my memories back so vividly. They captured all the fascinating 'truth is stranger than fiction' aspects of the case, many of which I had forgotten until I read their book. It is a treasure trove of faithful nonfiction storytelling." - Judge Mary McCall Cash, witness for the prosecution in the trials.