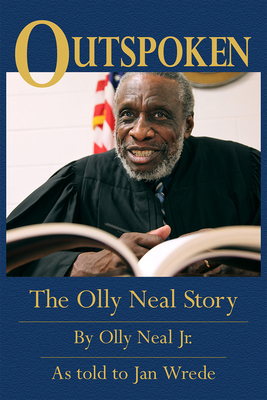 Born in 1941 on a farm near Marianna in rural eastern Arkansas, Olly Neal Jr. grew up in a large family with parents who insisted on their children getting a good education. Neal had the intellect but not the temperament to be a good student in high school, but a teacher took an interest in him when she saw him steal a book rather than risk his tough-guy reputation if someone saw him checking it out. Neal went on to start and lead the Lee County Cooperative Clinic in Marianna during the 1970s, a turbulent time fraught with conflicts between the white power structure and black citizens seeking their civil rights and increased economic opportunities. (The clinic remains a prominent community health center.) He became the first black district prosecuting attorney in Arkansas, and then served as a circuit court judge and on the Arkansas Court of Appeals. Historian Grif Stockley has characterized Neal as a civil rights activist, political agitator, Arkansas Delta advocate, and “black devil incarnate” to many of Marianna’s whites.

His road to success was not a smooth one, and Neal tells his unique story with humor, candor, and hard-earned wisdom, explaining his rocky journey from hardscrabble beginnings in rural Lee County to the role of prosecutor to the judicial bench. Along the way, many whites saw him as a threat to the established order and many blacks saw him as a traitor who was prosecuting and sitting in judgment of his own people. But Neal emphasized fairness and equal treatment at every opportunity, saying, “The way I got past all of this was by talking to my people about what I did and why, and by telling them how difficult it was for me. And I think that many folks understood me.” Looking back on these years and the people he met along the way, he offers insights into the traumas of the time and the toll they took on his mental and physical health, as well as the relationships that helped him face these challenges.

Olly Neal Jr. started and ran the Lee County Cooperative Clinic in Marianna in the 1970s, became the first black district prosecuting attorney in Arkansas, and served as a circuit court judge and on the Arkansas Court of Appeals.