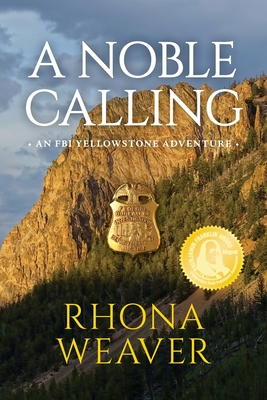 A Southern farm boy who loves God and family, college football and America, rookie FBI agent Win Tyler lives in pursuit of making the world a better place. But when he becomes embroiled in a major political corruption case on the East Coast that takes a bad turn, he is exiled by the Bureau to a do-nothing post in Yellowstone National Park. Dejected by the demotion, and with his heart heavy from the sting of a bad breakup, Win arrives in Yellowstone deeply conflicted as to his true calling in life.

Win quickly finds himself confronting pure evil when anti-government militiamen attempt to violently disrupt the park's dedication of a Jewish monument. The militia leader, a self-styled prophet, exploits the day's mayhem to advance an even more sinister agenda. The demands of Win's job test his courage and faith as he is faced with hazardous river rescues, dangerous wildlife, and hostile terrain. Feeling desperate and alone, he strives to build partnerships with park rangers and with one of the most enigmatic and dangerous militiamen, who may or may not be an ally in the Bureau's fight against domestic terrorism. But within this increasingly tangled web of deceit, violence, and revenge, everyone's motives are questioned.

Set amid the stunning landscape of Yellowstone National Park, A Noble Calling is a story of suspense and intrigue about a young man seeking redemption and his true identity. It is the first book in the FBI Yellowstone Adventure series.