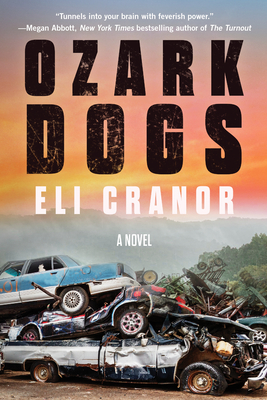 In this Southern thriller, two families grapple with the aftermath of a murder in their small Arkansas town.

After his son is convicted of capital murder, Vietnam War veteran Jeremiah Fitzjurls takes over the care of his granddaughter, Joanna, raising her with as much warmth as can be found in an Ozark junkyard outfitted to be an armory. He teaches her how to shoot and fight, but there is not enough training in the world to protect her when the dreaded Ledfords, notorious meth dealers and fanatical white supremacists, come to collect on Joanna as payment for a long-overdue blood debt.

Headed by rancorous patriarch Bunn and smooth-talking, erudite Evail, the Ledfords have never forgotten what the Fitzjurls family did to them, and they will not be satisfied until they have taken an eye for an eye. As they seek revenge, and as Jeremiah desperately searches for his granddaughter, their narratives collide in this immersive story about family and how far some will go to honor, defend—or in some cases, destroy it.

Eli Cranor lives and writes from the banks of Lake Dardanelle, a reservoir of the Arkansas River nestled in the heart of True Grit country. His work has won The Greensboro Review’s Robert Watson Literary Prize and been featured in Missouri Review, Oxford American, Ellery Queen, The Strand and others. Eli also pens a weekly column, “Where I’m Writing From” for the Arkansas Democrat-Gazette, and his craft column, “Shop Talk,” appears monthly at CrimeReads. His critically acclaimed debut novel, Don’t Know Tough, won the Peter Lovesey First Crime Novel Contest.

“Ozark Dogs is a gripping family drama that mixes murder with mistaken identity and hidden secrets. Each revelation shocked me more than the last. I simply could not put it down.”
—Brendan Slocumb, New York Times bestselling author of The Violin Conspiracy

“Raw, gritty, and darkly beautiful noir at its finest. Cranor digs deep into the hard places, the hard choices that crush and grind. And he does so with great tenderness for his flawed and broken characters as they seek revenge, cling to honor, and sacrifice everything for family. This is a writer to watch.”
—Lisa Unger, New York Times bestselling author of Secluded Cabin Sleeps Six

“A sophomore effort of remarkable scope and stride, Ozark Dogs is a saga of blood spilt and blood owed, which at its bones reveals how far we will go to protect the ones we love. Eli Cranor is a fire that is growing.”
—David Joy, author of The Line That Held Us

“Eli Cranor writes about his people and his place with a bloodred certainty and a careful eye toward the things that both bind us together and tear us apart. Ozark Dogs does not compromise one single beat.”
—Michael Farris Smith, author of Nick and The Fighter

“Whatever darkness lives in the space between a finger and a trigger also lives in the pages of Ozark Dogs. A tale of blood, guilt, family, and murder, this one will move from the junkyard straight into your heart. Cranor is one of the South’s best contemporary chroniclers, and his keen eye is on full display here.”
—Gabino Iglesias, author of The Devil Takes You Home

“There is a raw ferocity to Cranor’s prose, perfectly in keeping with the novel’s examination of curdling masculinity.”
—Sarah Weinman, The New York Times Book Review

“Cranor is an author to watch.”
—Oline Cogdill, The South Florida Sun-Sentinel

“Eli Cranor is that rare writer who can make you gasp, cry and cheer often in the same paragraph.”
—S.A. Cosby, New York Times bestselling author of Razorblade Tears and Blacktop Wasteland