Sidney Chambers and the Problem of Evil (Grantchester #3) (Paperback) 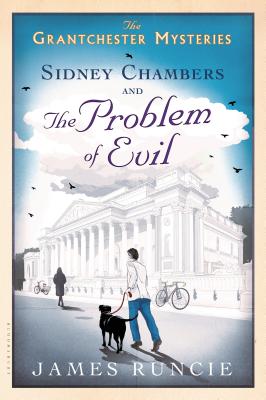 This is book number 3 in the Grantchester series.

The third book in The Grantchester Mystery Series, and the inspiration for the primetime PBS/Masterpiece television series, Grantchester.

It is the 1960s and Canon Sidney Chambers is enjoying his first year of married life with his German bride Hildegard. But life in Grantchester rarely stays quiet for long.

Our favourite clerical detective soon attempts to stop a serial killer who has a grievance against the clergy; investigates the disappearance of a famous painting after a distracting display of nudity by a French girl in an art gallery; uncovers the fact that an ‘accidental’ drowning on a film shoot may not have been so accidental after all; and discovers the reasons behind the theft of a baby from a hospital in the run-up to Christmas, 1963.

In the meantime, Sidney wrestles with the problem of evil, attempts to fulfil the demands of Dickens, his faithful Labrador, and contemplates, as always, the nature of love.

The third in ‘The Grantchester Mysteries’ series – six detective novels spanning thirty years of British history – these four longer stories are guaranteed to delight the many fans of Canon Sidney Chambers.

“Runcie strikes a low-key balance of theology, humor, drama and crime in this collection of ecclesiastical cozies.” —Kirkus