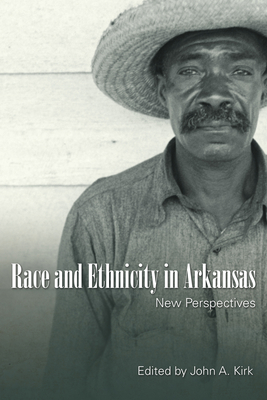 Race and Ethnicity in Arkansas brings together the work of leading experts to cast a powerful light on the rich and diverse history of Arkansas’s racial and ethic relations. The essays span from slavery to the civil rights era and cover a diverse range of topics including the frontier experience of slavery; the African American experience of emancipation and after; African American migration patterns; the rise of sundown towns; white violence and its continuing legacy; women’s activism and home demon¬stration agents; African American religious figures from the better know Elias Camp (E. C.) Morris to the lesser-known Richard Nathaniel Hogan; the Mexican-American Bracero program; Latina/o and Asian American refugee experiences; and contemporary views of Latina/o immigration in Arkansas. Informing debates about race and ethnicity in Arkansas, the South, and the nation, the book provides both a primer to the history of race and ethnicity in Arkansas and a prospective map for better understanding racial and ethnic relations in the United States.

John A. Kirk is George W. Donaghey Professor and chair of the History Department at the University of Arkansas at Little Rock. He is the author or editor of several books, including Martin Luther King, Jr. and the Civil Rights Movement and Arsnick: The Student Nonviolent Coordinating Committee in Arkansas.

“Race and Ethnicity in Arkansas is an exceptionally strong contribution to the history of Arkansas and the U.S. South. It is rare to find an edited volume that is so superbly structured and that contains uniformly strong contributions. There is not a weak link among the twelve chapters. Together, this collection not only provides a remarkably comprehensive exploration of race and ethnicity in Arkansas since the 1800s, but also challenges us to think about the place of race within broader struggles over land, labor, state power, culture, and gender relations. It forces us, in short, to think about Arkansas history from new perspectives.”

“The strength of this work rests in the fact that it provides more exhaustive information on race and ethnic relations, which moves beyond the standard black-white dichotomy explanations. More important, the readings often take you through some pivotal historical points through the eyes of racial and ethnic minorities as they saw it in Arkansas. This edited volume would be a great addition to any student or professional’s library who wanted a more in-depth examination of race and ethnic relations in Arkansas, with broad implications of relating its contents to social trends across the American South and the rest of the United States.”

“… a substantial addition to African American, Hispanic, immigration, southern, and sun belt studies, particularly that pertaining to Arkansas history. The essays in this collection should be considered in further research and would work well both in upper-division undergraduate courses as well as graduate seminars in their respective fields of specialization.”

“The twelve essays in this splendid volume flesh out the rich and diverse roles African Americans and Latinos have played in shaping Arkansas history from slavery to the present. Deftly edited by John A. Kirk, this collection reminds readers that there is much more to the history of race in Arkansas than the often-studied Little Rock school integration crisis of 1957.” —Steven F. Lawson, author of Running for Freedom: Civil Rights and Black Politics in the South since 1941

“This important book brings together recent scholarship spanning a commendable period of time and topics.”