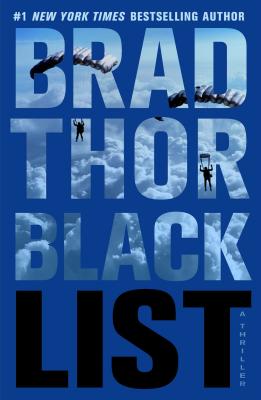 This is book number 12 in the The Scot Harvath Series series.

A stunning thriller that predicted the National Security Agency scandal. "Brad Thor is as current as tomorrow’s headlines." —Dan Brown

#1 New York Times bestselling author Brad Thor returns with his most explosive thriller ever. Somewhere deep inside the United States government is a closely guarded list. Members of Congress never get to see it—only the President and a secret team of advisers. Once your name is on the list, it doesn’t come off . . . until you’re dead.


Somehow Harvath must evade the teams dispatched to kill him long enough to untangle who has targeted him and why they want him out of the way.


Somewhere, someone, somehow can put all the pieces together. The only question is, will Harvath get to that person before the United States suffers the most withering terrorist attack ever conceived?

An intense, page-turning novel that is action-packed and frighteningly real, Black List blurs the line between fiction and reality and once again reaffirms why Brad Thor "is arguably the best thriller writer of our time" (Suspense Magazine) and "America’s favorite author" (KTTX).

"[Brad Thor] is arguably the best thriller writer of our time." --Suspense Magazine

“Thor has mastered thriller storytelling with fast pacing and plots that are relevant to American readers." --The Miami Herald

"Anyone who thinks the only thing to fear is fear itself should meet Brad Thor." --Newsweek