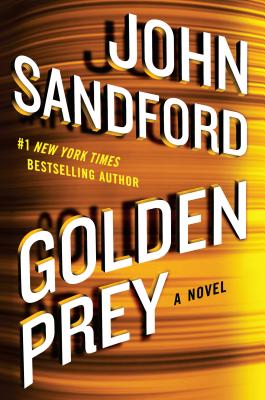 Lucas Davenport's first case as a U.S. marshal takes him into unexplored territory, in the thrilling new novel in the #1 "New York Times" bestselling Prey series.
Thanks to some very influential people whose lives he's saved, Lucas Davenport has a new job. He is a U.S. marshal, but not just any marshal one with unusual scope. He gets to investigate whomever he wants, wherever he wants, across the country, and once in a while, he might be called upon for special cases. How special? They couldn t come from anyone higher.
But his first case is something different. A rash of audacious robberies reminds Davenport of a criminal he once chased several years ago, the leader of a gang focused only on large cash crimes, and who didn t mind leaving bodies behind. The last time he was heard from, a shootout left two FBI men dead, and now Davenport thinks the leader might be back.
Davenport knows this is the kind of investigation he's been hired to pursue, and he knows something else as well: This could get ugly fast . . . so he d better be up to it.

John Sandford is the pseudonym for the Pulitzer Prize winning journalist John Camp. He is the author of twenty-seven Prey novels; four Kidd novels; nine Virgil Flowers novels; three YA novels coauthored with his wife, Michele Cook; and three other books, most recently "Saturn Run.""