The President Next Door: Poems, Songs, and Journalism (Paperback) 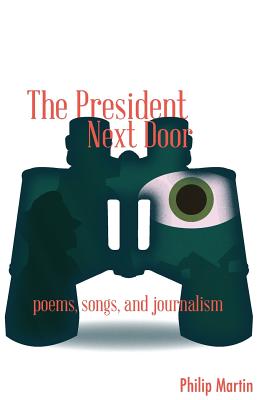 Phillip Martin reflects on decades of professional and personal experience through the poems and songs in this collection. Martin currently serves as the chief film critic and a columnist for the Arkansas Democrat Gazette. In his journalistic career, Martin has been a sportswriter, a criminal investigator, a political columnist, a sports editor, the executive editor of an alternative weekly and a newspaper executive in charge of a small chain. Martin is also a songwriter (who appeared on the Merv Griffin Show in the '80s who has released two albums of original music, Gastonia (2013) and Euclid Avenue (2014). and was a finalist for the 2012 James Hearst Poetry Prize.