Pursuit of Honor: A Thriller (CD-Audio) 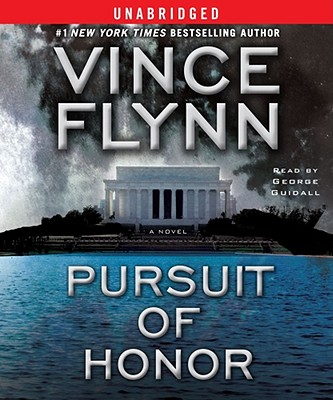 By Vince Flynn, Armand Schultz (Read by)
Email or call for price.
Not available

When Washington, DC’s National Counterterrorism Center is struck by a series of devastating explosions, the results are catastrophic—185 killed, including public officials and CIA employees. Such an act of extreme violence calls for extreme measures—and elite counterterrorism operative Mitch Rapp, joining forces with trusted team member Mike Nash, finds himself in the frustrating position of having to illustrate the realities of national security to government officials up in arms over the agents who rushed in to save countless American lives. Meanwhile, with three al Qaeda terrorists still at large and Nash traumatized by the horrors he witnessed during the attack, Rapp must help his friend while threading his way through the naysayers on Capitol Hill—and silently, swiftly, do what he must for the sake of his country and the pursuit of honor.

"Flynn demonstrates that he truly understands the psyche of the enemy.... Really scary, so realistic." -- BOOKREPORTER.COM