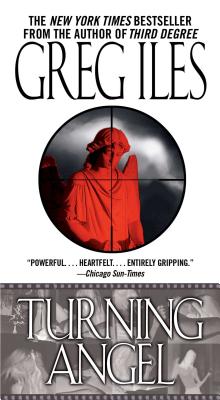 By Greg Iles
Email or call for price.
Not available

The #1 New York Times bestselling author of Mississippi Blood, Greg Iles, keeps the secrets of the South alive in this vibrant novel of infatuation, murder, and sexual intrigue set in his hometown of Natchez, Mississippi.

After winning the most dangerous case of his career, prosecutor Penn Cage decides to remain in his Southern hometown to raise his young daughter in a safe haven. But nowhere is truly safe -- not from long-buried secrets, or murder....When the nude body of prep school student Kate Townsend is found near the Mississippi River, Penn's best friend, Drew Elliott, is desperate for his counsel. An esteemed family physician, Drew makes a shocking confession that could put him on death row. Penn will do all he can to exonerate Drew, but in a town where the gaze of a landmark cemetery statue -- the Turning Angel -- never looks away, Penn finds himself caught on the jagged edge of blackmail, betrayal, and deadly violence.

Greg Iles was born in 1960 in Germany, where his father ran the US Embassy medical clinic during the height of the Cold War. After graduating from the University of Mississippi in 1983, he performed for several years with the rock band Frankly Scarlet and is a member of the lit-rock group The Rock Bottom Remainders. His first novel, Spandau Phoenix, a thriller about Nazi war criminal Rudolf Hess, was published in 1993 and became a New York Times bestseller. Iles went on to write numerous bestselling novels including Third Degree, True Evil, Turning Angel, Blood Memory, The Footprints of God, the Natchez Burning trilogy, and 24 Hours (released by Sony Pictures as Trapped, with full screenwriting credit for Iles). He lives in Natchez, Mississippi.

"Turning Angel will have you wondering where Greg Iles has been all your life."