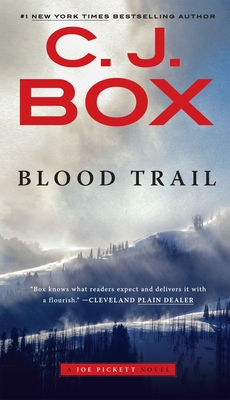 This is book number 8 in the A Joe Pickett Novel series.

It's elk season in the Rockies, but a different kind of hunter is stalking prey in this novel in the #1 New York Times bestselling Joe Pickett series.

Game wardens have found a man dead at a mountain camp—strung up, gutted, and flayed as if he were the elk he'd been hunting. Is the murder the work of a deranged anti-hunting activist or of a lone psychopath with a personal vendetta? Wyoming game warden Joe Pickett is the man to track the murderer and stop him, before someone declares open season on humans...

“Box...spins a story crammed with shock and suspense.”—San Diego Union-Tribune

“Writing beautifully about the mountain West and its people, Box takes care to present both sides of the controversial issue of hunting.”—Publishers Weekly (starred review)

“Box ratchets up the suspense in this tightly plotted example of his writing genius.”—Library Journal