Walden On Wheels: On the Open Road from Debt to Freedom (Paperback) 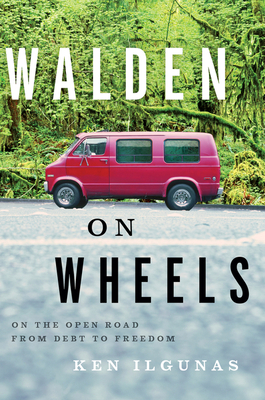 In this frank and witty memoir, Ken Ilgunas lays bare the existential terror of graduating from the University of Buffalo with $32,000 of student debt. Ilgunas set himself an ambitious mission: get out of debt as quickly as possible. Inspired by the frugality and philosophy of Henry David Thoreau, Ilgunas undertook a three-year transcontinental journey, working in Alaska as a tour guide, garbage picker, and night cook to pay off his student loans before hitchhiking home to New York.

Debt-free, Ilgunas then enrolled in a master’s program at Duke University, determined not to borrow against his future again. He used the last of his savings to buy himself a used Econoline van and outfitted it as his new dorm. The van, stationed in a campus parking lot, would be more than an adventure—it would be his very own “Walden on Wheels.”

Freezing winters, near-discovery by campus police, and the constant challenge of living in a confined space would test Ilgunas’s limits and resolve in the two years that followed. What had begun as a simple mission would become an enlightening and life-changing social experiment.

Walden on Wheels offers a spirited and pointed perspective on the dilemma faced by those who seek an education but who also want to, as Thoreau wrote, “live deep and suck out all the marrow of life.”

KEN ILGUNAS was born in Ontario, and raised in Wheatfield—a small town in western New York where his family still lives. At the moment, he’s either tending a friend’s garden in Stokes County, North Carolina, or traveling cross-country in his van.