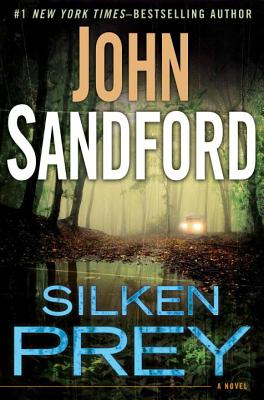 By John Sandford
Email or call for price.
Not available

The extraordinary new Lucas Davenport thriller from the #1 "New York Times" bestselling author and Pulitzer Prize winner.
If you haven t read Sandford yet, you have been missing one of the great summer-read novelists of all time. Stephen King, "Entertainment Weekly"
Murder, scandal, political espionage, and an extremely dangerous woman. Lucas Davenport's going to be lucky to get out of this one alive.
Very early one morning, a Minnesota political fixer answers his doorbell. The next thing he knows, he's waking up on the floor of a moving car, lying on a plastic sheet, his body wet with blood. When the car stops, a voice says, Hey, I think he's breathing, and another voice says, Yeah? Give me the bat. And that's the last thing he knows.
Davenport is investigating another case when the trail leads to the man's disappearance, then very troublingly to the Minneapolis police department, then most troublingly of all to a woman who could give Machiavelli lessons. She has very definite ideas about the way the world should work, and the money, ruthlessness, and sheer will to make it happen.
No matter who gets in the way.
Filled with John Sandford's trademark razor-sharp plotting and some of the best characters in suspense fiction, "Silken Prey" is further evidence for why the Cleveland "Plain Dealer "called the Davenport novels a perfect series, and "Suspense Magazine "wrote, If you haven t read any of the Prey series, you need to jump on board right this second.

JOHN SANDFORD is the author of twenty-three Prey novels; six Virgil Flowers novels, most recently Mad River; and six other books. He lives in California and New Mexico.

“Dirty political tricksters give Lucas Davenport his most satisfying case in years . . . Sandford keeps every stage of the investigation clear, compelling and suspenseful while peeling back layer after layer of a world in which “everybody was hot, everybody was rich."”—Kirkus (starred review)

“Sandford’s Davenport novels are always very good, and this is the best one in a long time. It’s suspenseful, witty, and wise in the ways of modern politics. And the conclusion is darkly unforgettable. A superb thriller.”—Booklist (starred review)

“Sandford expertly ratchets up the suspense and delivers some nifty surprises.”—Publishers Weekly

“The climax will have you holding your breath—and the book’s very last line will leave you hoping for more.”—St. Louis Post–Dispatch

“Sandford smoothly blends action and suspense with a soupcon of humor.”—Publishers Weekly

“The master is at it yet again…Pure Sandford, the action never stops, and just when you think you’ve got it all figured out…surprise!  You’re not even close.”—Suspense Magazine