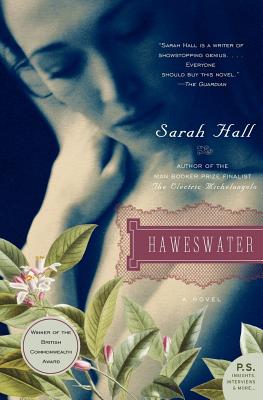 “Here is a writer of show-stopping genius: everyone should buy this novel.”—The Guardian

The village of Marsdale is a quiet corner of the world, cradled in a remote dale in England's lovely Lake District. The rhythm of life in the deeply religious, sheltered community has not changed for centuries. But in 1936, when Waterworks representative Jack Ligget from industrial Manchester arrives with plans to build a new reservoir, he brings the much feared threat of impending change to this bucolic hamlet. And when he begins an intense and troubled affair with Janet Lightburn—a devout local woman of rare passion and strength of spirit—it can only lead to scandal, tragedy, and remarkable, desperate acts.

From Sarah Hall, the internationally acclaimed author of the Man Booker Prize finalist The Electric Michelangelo, comes a stunning and transcendent novel of love, obsession, and the passing of an age.

Sarah Hall was born in Cumbria. She is the prizewinning author of six novels and three short story collections. She is a recipient of the American Academy of Arts and Letters E. M. Forster Award, Edge Hill Short Story Prize, among others, and the only person ever to win the BBC National Short Story Award twice.

Grandly lyrical...For all its overtones of Hardy and Lawrence, Haweswater tells the a story of a rural tradition drowned by development that echoes across cultures and continents.” — Independent

“A strikingly original first novel, full not just of fury but also of the most sensitive compassion for the people and the place, and an understanding of both which is rare.” — Margaret Forster

“First impression: here is a writer of show-stopping genius: everyone should buy this novel.” — The Guardian

“The skill that the author displays in drawing her characters, as well as her acute sensitivity to the landscape in which her story is set make this one of the most impressive debuts I have ever read.” — London Times